Confidence to step out 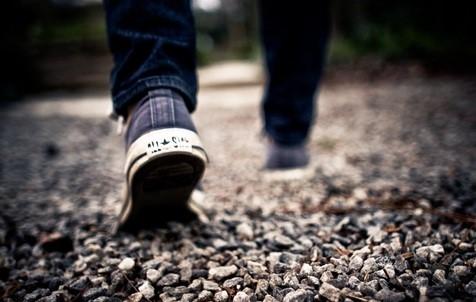 Tom was diagnosed with autism as a child, and although he was very capable, had struggled with mainstream education and building social relationships. He was referred to community chaplaincy for mentoring by his offender manager at probation, to improve his coping mechanisms when under pressure.

He already had a support worker two days a week with whom he undertook daily living tasks such as shopping and exercise, but he was struggling with other things, like dealing with problems that required phone calls, face to face meetings, meeting people outside or even letting someone in to his flat.

His mentor spent time getting to know him, and listened in particular to how his autism affects him. Tom was keen for his mentor to understand, and shared many articles and websites about how it is not simply a ‘spectrum’ but more of a whole matrix of aspects that make every autistic person individual and unique. Using this person-centred approach and taking into account the trauma that Tom had experienced over the years as a result of people in authority not understanding his behaviour, slowly his mentor was able to build trust and a willingness to try things that were challenging. Together they practised these things little and often, and only at Tom’s own pace. Things like going to a café, liaising with creditors to pay off debts, and applying for voluntary and paid jobs.

Tom’s autism meant that he panicked when he was in a crowd of people, and often he would need to attend appointments that were at busy times of day. His mentor helped him be able to explain this issue to others, so that they understood that this was not something he could try and after a few times it would become easier, but that it was always going to be difficult because of his neurodiversity. Practising this with his mentor, he became more confident in explaining, so that he could offer instead to rearrange essential appointments at less busy times or quieter locations.

When faced with stressful circumstances, Tom often became non-verbal and distressed, so his mentor worked with him on how to communicate in such situations, and he began to carry a card that explained this to people. Tom communicates most clearly by email, so his mentor supported him to make email contact with all agencies working with him to express his needs and concerns. As a result, his support worker was then invited to be present at important appointments so that Tom could engage more successfully with support, with less ‘meltdowns’.

Through mentoring, Tom was able to find new strategies that supported him in the areas he was really struggling with. Growing in confidence and having a ‘toolkit’ of things to help him cope meant that when he had an unexpected visit from a professional at home, on a day when neither his support worker or mentor was contactable, Tom was able to communicate without panicking, explain the situation and his needs, and rearrange the meeting for a time when someone could be with him. Through the consistent support of his mentor in encouraging Tom in developing these strategies, he has now successfully applied for and secured an apprenticeship, working for a company that is sympathetic to his autism and understands the strengths that he brings to an employed role.