Martin is working things out 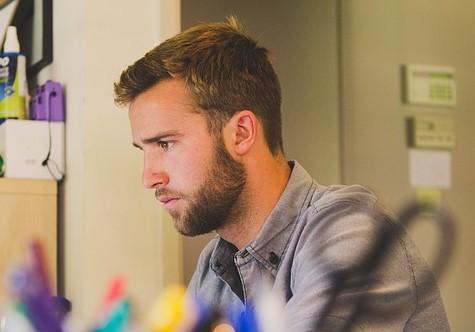 Martin enjoys a good war film.  Last week he happily described to Rachel a film he had recently ordered, now that he is getting to grips with using his computer. . . . .

All his life, Martin had worked hard.  When, after his release from prison, he found he was not well enough to work, his life became frustrating and confusing.  He lost confidence.  The world seemed to have become much more complex now he was in the benefits system.  There were just so many forms to be completed and appointments to keep, and Martin did not feel equipped to handle it all.

His Probation Officer suggested getting help from a Mentor from South West Community Chaplaincy and he gratefully accepted the chance for extra support.

Martin began to bring forms and appointment letters to his mentor, Rachel, for her to go through with him.  They talked together about his frustrations and fears.  They discussed budgeting issues, and Martin mentioned that he’d got himself a complex pressure cooker so that he could cook stews from cheap cuts of meat, and not have to spend so much on food.  The difficulty was that he just didn’t know how to use it.   Rachel went through the instructions with him, and together they made a plan for some simple dishes.  He was then able to save money on his meals, and his confidence increased a little too.

There followed sessions on how to use other items of equipment, including a computer, and Martin’s skills grew and grew.

Christmas was a time he had been worried about, but it turned into a surprisingly good time for Martin.  He was able to reconnect with his family and enjoyed visiting them over the Christmas period.

Gradually, Martin is finding himself able to see the wood for the trees.  He still has more instructions to decipher, more forms and appointments to navigate but he continues to value the opportunity to regularly talk through things with Rachel, and he feels much more able to tackle the ups and downs of the everyday.  Rachel has put Martin in touch with several other useful support organisations, so he also has other back-up to help him navigate this confusing world and piece his life together.

Martin now feels he has a real sense of hope for the future.