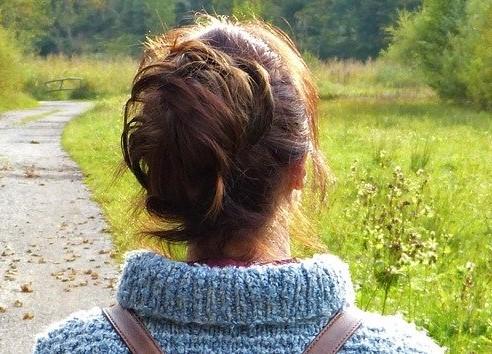 Tamara was given the opportunity to apply to be released on a ‘tag’ (Home Detention Curfew), provided a suitable address could be found.  She couldn’t live with her family, so an application was made for her to be housed in ‘Bail’ accommodation temporarily.  Her prison record had been exemplary and her application was granted, but owing to demand, there were no available rooms under the scheme anywhere in her home county.  However, a room was found in the Westcountry, well over a hundred miles away from her home and family. On the day of release, two days before Christmas, Tamara made the interminably long journey from Surrey by train, arriving very late in the day, exhausted and beginning to feel somewhat unwell.

Standing in the Gap

The same day a volunteer at the prison, concerned about her well-being, called us and asked whether she could refer Tamara, even though she had already left prison. We were able to make contact with Tamara the following day, Christmas Eve.  Tamara explained that she felt she was going down with a cold and was going to stay in for a day or two, to see if she could fend it off, but would welcome a visit after Christmas.  Later that week one of the team visited, to find that she was still poorly, and over the following weekend Tamara felt progressively more ill, barely able to walk a few steps. On the Monday, the Community Chaplain drove her to the chemist for her Methadone prescription, to the Foodbank for a food parcel, and then to a local Medical Centre to register with a GP who arranged emergency medications.  All other appointments were cancelled for the time being and arrangements were made for a local volunteer to take Tamara to the chemist daily for her Methadone.  With these things all in place, Tamara was able to rest and make a steady recovery.

The Community Chaplain has been meeting with Tamara regularly since then to support her to attend Probation appointments, get some clothes, sort out a bank account, and to get things in motion towards returning to her home town. Tamara has also taken the opportunity to talk through her anxieties.  She has found it very hard to stay away from drugs, but perhaps the biggest challenge has been living so far away from her family, especially her three young children. The good news now though is that a suitable place has been been found for Tamara in the right area, and she is about to go home.

Our role in this instance has been a temporary, but perhaps vital one, helping Tamara negotiate an incredibly difficult transition period, made so much more difficult by her illness. Despite the challenge however, she has resisted the ever present danger of returning to a drug habit, and demonstrated great determination to keep on track, and build a brighter future.